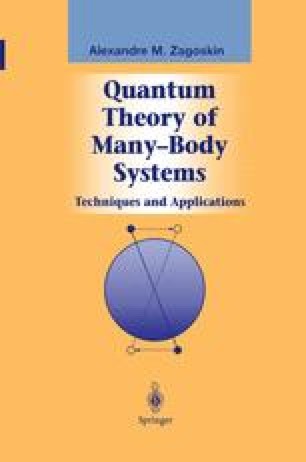 Methods of the Many-Body Theory in Superconductivity

The discovery of superconductivity by Kamerlingh Onnes in 1911 was a real challenge for contemporary physical theory. The theory of metals developed by Drude on the basis of classical statistical physics, while giving a very good explanation of their normal properties, was absolutely unable to deal with superconducting ones. This was also true later for Sommerfeld’s and Bloch’s theories, based on quantum mechanics. It took almost a half century of studies for the microscopic theory of this phenomenon to appear. (One of the boldest sci-fi writers, R. Heinlein, in a novel written in the mid-40s, predicted the creation of such a theory only by the middle of the next millenium.)

Fermi Surface Cooper Pair Elementary Excitation Mean Field Approximation Andreev Reflection
These keywords were added by machine and not by the authors. This process is experimental and the keywords may be updated as the learning algorithm improves.

“There’s a fallacy somewhere,” he murmured drowsily, as he stretched his long legs upon the sofa. “I must think it over again.” He closed his eyes, in order to concentrate his attention more perfectly, and for the next hour or so his slow and regular breathing bore witness to the careful deliberation with which he was in-vestigating this new and perplexing view of the subject. Lewis Carroll “A Tangled Tale”