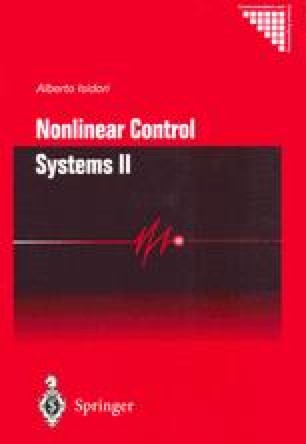 In this Chapter, we describe methods for global (robust) stabilization of nonlinear systems, by means of memoryless feedback, in cases in which the amplitude of the control input cannot exceed a fixed bound. Of course, if such a hard constraint is imposed on the amplitude of the control input, one cannot expect — in general — that global asymptotic stability is possible, unless the uncontrolled system already possesses this property to a certain extent. The simplest case in which so happens is when there exists a positive definite and proper function, whose derivative along the trajectories of the uncontrolled system is negative semi-definite but, possibly, not negative definite. In this case, in fact, under mild hypotheses, it is possible to find a smooth feedback law, whose amplitude does not exceed any (arbitrarily small) a priori fixed number, yielding global asymptotic stability. We discuss this special case first, as a point of departure for the analysis of more general structures that will be presented in the subsequent sections of the Chapter.

Close Loop System Symmetric Matrix Proper Function Saturation Function Gain Function
These keywords were added by machine and not by the authors. This process is experimental and the keywords may be updated as the learning algorithm improves.
This is a preview of subscription content, log in to check access.