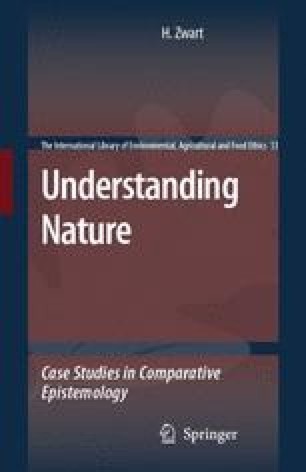 Taming Microbes: Ibsen's Dr. Stockmann as a Contemporary of Pasteur and Koch

Ibsen’s play A Public Enemy is set in a tranquil Norwegian coastal spa and tells the story of a doctor who discovers that the Baths, on which the livelihood of the town depends, are contaminated because the water conduit system has been too economically designed. A brief summary of the play was already given in Chapter 6. Stockmann analyses the bathing and the drinking water, sends samples to university experts who have the right equipment at their disposal, and concludes that the local bath facilities, about to be visited by health-seekers and tourists, are petrified by animalculae or infusoria – living beings that can only be detected with the help of a microscope. Convinced that he is about to avert a major public disaster he alerts both town officials and journalists (simultaneously). He regards it as his duty to disclose his discovery to the authorities, notably his elderly brother, the conservative Mayor, who had offered him his present position, but also to the latter’s opponents: the liberal press. Moreover, he regards himself as somewhat more than simply a medical officer or local physician. He is repeatedly referred to, both by himself as by others, as a “man of science”, and devoted to the cause of scientific enlightenment and societal reform. Initially he is praised as a public benefactor who simply wants to avoid illness among tourists, but when the public learns that Stockmann’s discovery might irreparably damage the town’s reputation while necessary improvements of the Baths will greatly affect their income, they turn against him. The necessary repairs seem far beyond their means. Stockmann calls a public meeting but is prevented from delivering his speech and getting his message to the villagers due to a number of tactical manoeuvers by the more dexterous politicians present. This makes him decide to give a philosophical lecture instead, on the intellectual superiority of the elite in comparison to the unenlightened and prejudiced majority of mankind. As a result of this snobbish tirade by a “man of science” against popular opinion, the audience brands him as an enemy of the people, the target of a cordon sanitaire – as if he himself is exposed as an infectious agent. They stone his house and leave him “revelling in his position as a pariah” (Mehra 2001, p. 2).

Medical Officer Childbed Fever Anthrax Vaccine Rockefeller Institute Exclamation Mark
These keywords were added by machine and not by the authors. This process is experimental and the keywords may be updated as the learning algorithm improves.
This is a preview of subscription content, log in to check access.