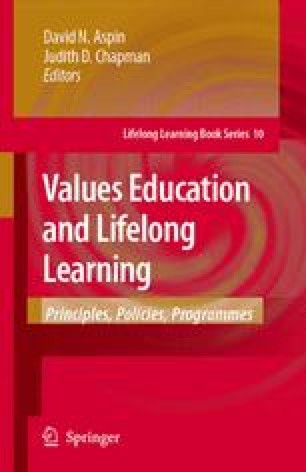 An ability to make wise moral decisions in the face of conflicting and competing ethical values is of paramount importance for a successful life. Cicero said that truly wise persons will never do anything they might regret and that every action that they perform will always be dignified, consistent, serious and upright (On the Good Life, Harmondsworth: Penguin, 1971, p. 95). He also observed that custom can give people the power to face pain and suffering, noting that, in the case of the Romans, false beliefs and dangerous habits had softened and weakened them (op. cit., p. 94). Cicero argued that a disciplined life in which persons had schooled their desires so that they were satisfied with a simple life would be happiest. Our natures, he observed, actually have only modest requirements and so going beyond these requirements is unnecessary and leads, in times of privation, to misery. In this respect, he mentioned the Spartans, a community who had habituated themselves to enjoy frugal living. The Persians, too, he said, enjoyed a moderate diet and life and by this means had sound bodies and unimpaired health (pp. 102–106). We do not wish to concentrate on the question of whether or not a frugal and simple life is better than a wealthy and extravagant life. We wish, rather, to focus on two propositions which underlie this claim, namely, that what matters to our happiness is what we have become habituated to; and that what reinforces and supports the commitment to the way of life to which we have become habituated is an appropriate habitat. Thus, the frugality and moderation of the Spartans was possible because it was reinforced by the Spartan community. Without the appropriate habitat to support good moral habits, especially in the formative years of a person, good moral habits will not be developed and so the bad habits into which they fall will rob them of a measure of their autonomy in moral choice, perhaps paradoxically.

Moral Theory Moral Norm Moral Education Moral Community Moral Life
These keywords were added by machine and not by the authors. This process is experimental and the keywords may be updated as the learning algorithm improves.
This is a preview of subscription content, log in to check access.