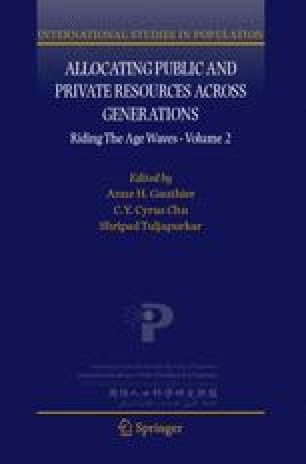 Substitution and Substitutability: The Effects of Kin Availability on Intergenerational Transfers in Malawi

Although increasing analytic attention has been focused on intergenerational support structures of late, little of that attention has, thus far, been focused on the lateral components of those structures, by which I refer to relations among uncles and nieces, aunts and nephews, and so on. This is problematic from a broad sociological perspective for two main reasons. The first is that a relatively narrow focus on vertical intergenerational links overlooks the extent to which these microstructures are embedded in multidirectional and multigenerational support networks involving the elderly’s siblings, their nephews and nieces, other relatives, neighbours, friends, fictive kin, and so on. And the second is that, while the “structures of jural obligations” (Holy 1976: 108) which underlie intergenerational support structures may be associated with kin proximity measured in terms of closeness of blood ties—thus, for example, the common assumption that a given person has a greater obligation to provide assistance to his parents than to his uncles, aunts, or some unrelated individual—there is considerable ethnographic evidence that across many societies this is not the case; that individuals may have, and often do have, more intensive structured ties with second-order blood relations like uncles and aunts than with first-order blood relations like fathers; or indeed, that they may have more structured ties with non-kin (e.g., Whyte 1943;Wilmott and Young 1962; Stack 1974; Fox and Fox 1984; Lewis 1994; Griffiths 1997; Meriwether 1999; Feinberg and Ottenheimer 2002). In short, overlooking lateral intergenerational transfers relations implicitly privileges biology over culture and also ignores a key premise of multiple theoretical approaches to the analysis of exchange relations: the idea that these relations are both emergent product and producer of normative systems of social relations (e.g., Mauss 1925, 1990; Homans 1958; Blau 1964, 1986).

Intergenerational Transfer Bilateral Exchange Maternal Uncle Maternal Aunt Relational Dyad
These keywords were added by machine and not by the authors. This process is experimental and the keywords may be updated as the learning algorithm improves.
This is a preview of subscription content, log in to check access.