The Metaphysics of Science-1 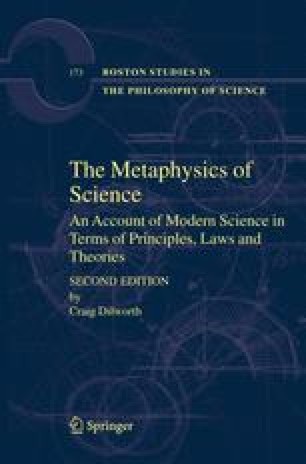 Modern Science And The Future

Chapter
Part of the Boston Studies in The Philosophy of Science book series (BSPS, volume 173)

In the debate between realism and empiricism the question of the viability of modern science is seldom raised, the issue being rather one of how modern science ought best be conducted. In fact few of the contributions to the debate, whether realist or empiricist, even recognise that fundamentally different alternative forms of science are possible, the belief being rather that with the Scientific Revolution of the seventeenth century, if not earlier, humankind hit upon the one true scientific path to knowledge, the task now being that of continuing to follow that path in the best possible way.

Seventeenth Century Modern Science Empirical Reality Philosophical Thought Practical Success
These keywords were added by machine and not by the authors. This process is experimental and the keywords may be updated as the learning algorithm improves.
This is a preview of subscription content, log in to check access.