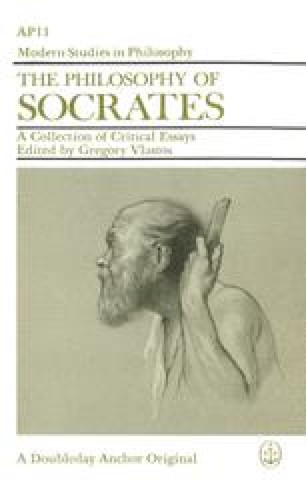 Let us now examine the reasoning that Socrates uses in his elenchus. There are all degrees of explicitness and tacitness in reasoning, so that, whatever definition we frame of the difference between reasoned and unreasoned statement, there will be some passages that our definition does not confidently classify. The dogma merges into the argument by infinite stages; and the argument, in which we are expected to infer one part of a whole from the rest, merges by infinite stages into the description of a coherent system, where each of the parts is necessitated by the rest, but the reader is not invited to infer any one of them, but rather to contemplate the connected structure as a whole. If a writer says ‘A is B and therefore C is D’, that is an argument. But if he says ‘A is B and that is why C is D’, it is not an argument; for he is assuming that we already believe that C is D, and merely inviting us to realize that it follows from A’s being B. When the conclusion is stated before the premisses, then, other things being equal, we more definitely have an argument than when the premisses are stated before the conclusion.