An Introduction to Social Anthropology 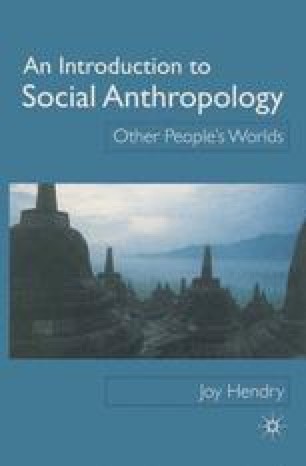 An Introduction to Social Anthropology pp 17-33 | Cite as

Visitors to foreign countries very often return with a selection of objects collectively known as souvenirs. These are items acquired on the journey. They may be received as gifts, purchased in a tourist shop, or even just picked up on the beach. Their economic value is not necessarily important, for these objects are not usually for resale. Instead, they are essentially material reminders of the experience of the traveller. The objects may also be chosen for a variety of other reasons — for some perceived intrinsic beauty, to show off to friends, to give as a gift, or just to stand on the windowsill and bring out one of the colours in the curtains. However, all will be chosen because they are in some way remarkable, and because they stand for the place in which they were acquired.