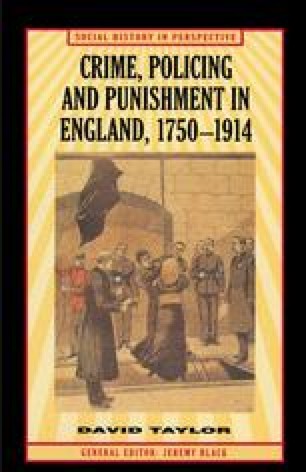 This book has examined the emergence of the modern criminal justice system in England. There is something incongruous and unconvincing in writing about modernization when one lives in a country in which much of the ancien régime survives. Nonetheless, a clear contrast exists between the theory and practice of the criminal justice systems of the late eighteenth and early twentieth centuries. Over these years there was an underlying process of evolutionary change but also an acceleration, a coming together of change in a number of interrelated spheres, that created two transitional periods, the first in the early nineteenth century and the second in the decades around the turn of the twentieth century. As a result of the first, the criminal law was reformed, the use of capital punishment was greatly reduced and that of the prison increased, trial procedures were modified and the basis of policing was transformed. As a result of the second, there were further modifications in trial procedures, a re-evaluation of the role of the prison and the development of specialist asylums, and a significant extension of the efficiency and powers of the police.