The Welfare State in Britain since 1945 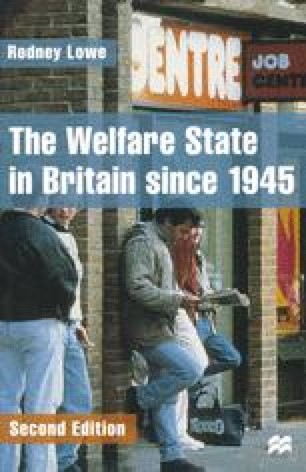 The Nature of the Welfare State

The purpose of this chapter is to examine the competing definitions and theoretical interpretations of the welfare state before making explicit the assumptions on which this book is based — and thus its unavoidable bias. Such a theoretical approach can become very arid, so to minimise that danger the subject will be approached in two ways. First the welfare state will be defined and the three broad political strategies which have influenced its development in Britain will be examined. Then the more general theories, on which these assumptions and those of the more academic commentators have been based, will be analysed. Each of the latter will be related to the early history of the National Health Service (NHS) to illustrate how, from different theoretical assumptions, totally different and yet equally logical conclusions can be drawn from the same ‘facts’.