The Rediscovery of America 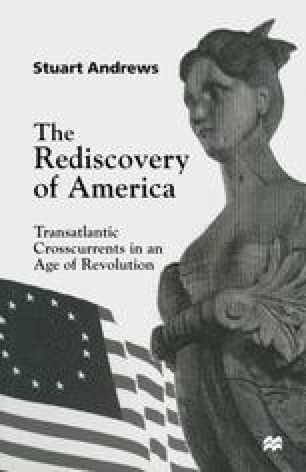 It was Jean-Pierre Brissot who in July 1789, as a representative of the revolutionary commune of Paris, handed the key of the Bastille to Lafayette, thus starting the key on its journey to George Washington’s home at Mount Vernon, Virginia. The incident is all the more piquant because Brissot, as a 30-year-old lawyer with journalistic aspirations, had himself been briefly imprisoned in the Bastille five years before, for allegedly libelling Marie Antoinette. He would later acquire fame as leader of the dominant group of deputies from the Gironde — the Girondins — in both the Legislative Assembly and the National Convention. And he would pay the penalty of opposing Robespierre without matching his ruthlessness.

French Revolution Slave Trade American Constitution National Convention American Revolution
These keywords were added by machine and not by the authors. This process is experimental and the keywords may be updated as the learning algorithm improves.
This is a preview of subscription content, log in to check access.