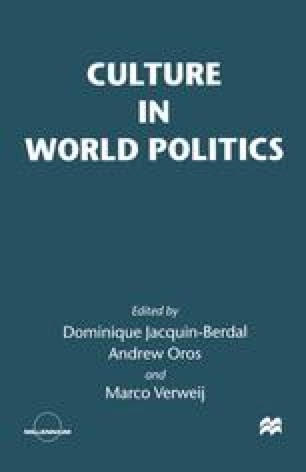 International Political Economy as a Culture of Competition

That the international political economy is competitive is not controversial. Competition usually is seen as endemic to the anarchic structure of international life. As members of an international society, states are constituted as independent actors who must rely primarily on their own resources and efforts to achieve their goals and purposes. This requirement of ‘self-help’ becomes ‘competitive self-help’ where the goals and purposes of states are incompatible. If, as we are often told, states are compelled to define important goals in terms of relative gains, then competition assumes a prominent and defining role in international life.

World Market International Relation Political Community World Politics Economic Competition
These keywords were added by machine and not by the authors. This process is experimental and the keywords may be updated as the learning algorithm improves.

An earlier version of this paper was presented at the International Studies Association, Washington, D.C., 28 March–1 April 1994. We would like to thank John Agncw, Craig Murphy, David Levine, Nick Onuf, Matt Davies and the editors of this volume for their helpful suggestions.