At the Heart of the Union 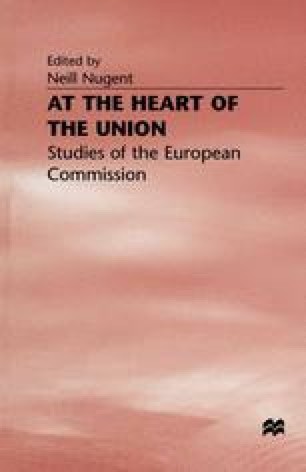 The Commission Made Me Do It: The European Commission as a Strategic Asset in Domestic Politics

With this comment, former British Foreign Secretary Geoffrey Howe recognised a critical point: the myth of a grasping, bureaucratic, centralising, unaccountable ‘Europe’ embodied in the European Commission can be extremely useful in domestic politics. This chapter explores this ‘leveraging’ role of the Commission in the critical policy area of Member State aids to industry. There are three principal reasons why this portion of competition policy creates an ideal environment for political actors to gain leverage by invoking actions of the Commission. First, state aids are by nature transfers of government funds to public or private entities with narrow but deeply committed constituencies. Even where governments wish to curtail such transfers,1 the political price for deciding against powerful domestic constituencies may be quite high, or the strength of the political opposition or internal party rivals may in effect block such policies. Second, the Commission’s demands may be credibly invoked because the Commission has the legal authority to enforce decisions on state aids. And thirdly, the review of state aids is a negotiated process that takes place privately between Commissioners and political executives of Member State governments.

European Union Domestic Politics Strategic Asset Merchant Ship Enterprise Zone
These keywords were added by machine and not by the authors. This process is experimental and the keywords may be updated as the learning algorithm improves.

A new language of semi-detachment is being created. The world outside Britain is being recast in the hope of making political life at home easier to manage.