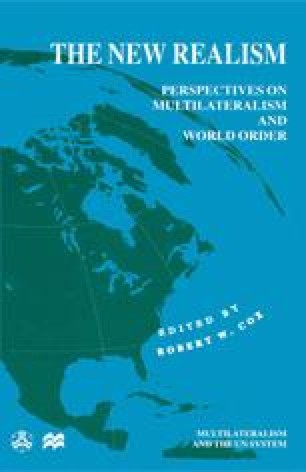 The United States and the UN System: the hegemon’s ambivalence about its appurtenances

Since the conclusion of World War II, the US has been the predominant state in the global system; its economic and military power has been greater than that of any other state. In this sense, the US has been the world’s hegemon. Given its predominant position in the global system, the US inevitably affected the character and development of multilateralism. Thanks to its power and because of the leadership that it eagerly assumed during and immediately after World War II, the United Nations system was in many ways the creation of the United States, and the UN has been a vital instrument for advancing US ideas and causes. Accordingly, the institutions of the UN system can be seen as appurtenances of the United States hegemonic position. Yet from the outset, the United States has been ambivalent about the UN system. Over time, US ambivalence grew. It peaked in the mid-1980s. US ambivalence persists in the closing decade of the twentieth century, though at a diminished level. Because the United States continues to be the world’s hegemon, its ambivalence toward the UN system will inescapably be a factor in the future of multilateralism.

United States Foreign Policy Security Council Military Force Gross National Product
These keywords were added by machine and not by the authors. This process is experimental and the keywords may be updated as the learning algorithm improves.
This is a preview of subscription content, log in to check access.