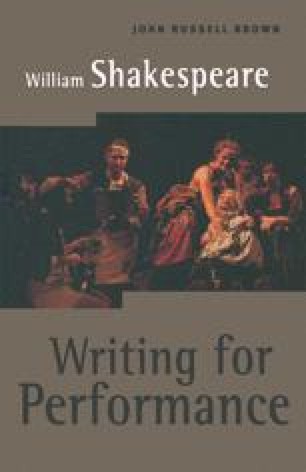 In our times Shakespeare’s plays are always yielding up new meanings. Philosopher, psychoanalyst (Freudian or Jungian), theologian (Catholic or Protestant), sociologist, historian, Marxist, moralist, hedonist, sceptic, naturalist, poet and, by no means least, teacher, all reinterpret to suit themselves. Books are published about other books all proposing divergent meanings; an example is Harriet Hawkins, The Devil’s Party: Critical Counter-interpretations of Shakespearian Drama (Oxford, 1985). Anthologists collect the newest of reinterpretations; an example is Alternative Shakespeares (London and New York, 1985) edited by John Drakakis, who notes in his introduction:

Criticism is now an openly pluralist activity, with proponents of particular positions contesting vigorously the intellectual space which it has occupied. (p. 1)