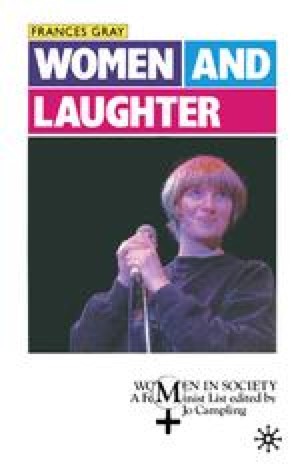 Other selves: character comedy and the one-woman show

The single, consistent, comic ‘self’ presented on stage is often deployed in other ways. The comedian may make use of her persona in other kinds of enterprise. Victoria Wood and Rita Rudner have made TV commercials. Dawn French fronts a book of knitting patterns, Helen Lederer has published a book, Coping, which parodies the self-help manuals of the seventies and eighties. In each case the comedian herself acts as a sign which we must interpret in the light of her comic persona — but also a sign which carries more than comic meaning. To watch Wood or Rudner endorsing instant tea or coffee may involve laughter at the jokes within the text but it also means that we respond to them as successful women. To buy a book of patterns for colourful clothes for large women with Dawn French on the cover involves seeing French not simply as a popular comic figure but as an attractive, well-dressed woman at ease with her size. The persona, in other words, is a construct more durable than the performer’s set, and I should like now to turn to the way in which it operates when the comedian assumes a role. I am not concerned here with specifically dramatic performance; many women comedians do interpret pre-existing texts, and these sometimes impinge upon their standup persona: for example, when Marti Caine played Fanny Brice in Funny Girl at the Crucible theatre in Sheffield she was marketed as a specifically local girl made good and a familiar comic personality.