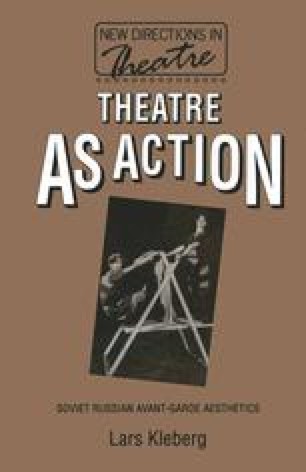 The Theatre as an Arena for Discussion

The crisis in the political ‘total’ theatre was a fact that could not be avoided by even the most elaborate devices for controlling audience reactions. The notions of the homogeneous audience and the uniform impact of the performance had been shown to be untenable. The external causes of this were obviously the rapidly growing social and cultural conflicts of NEP reality, but we have seen that the intrinsic development of the Russian theatre had also questioned those notions on the level of aesthetic theory.