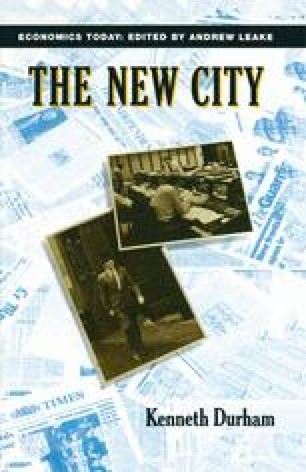 Free-for-All on the Foreign Exchanges

If you had been travelling to the USA in 1979, you would have been offered round about $1.80 for every pound that you hoped to exchange. If you were able, you would have been well-advised to postpone your trip until 1980 or 1981, when you could have received as much as $2.40 for each of your pounds. You would have been very disappointed if you had waited much longer. By early 1985 your pounds would have fallen in value to little more than $1.05. In the headier days of the later 1980s, their value rose again. By 1987 you could have got $1.50 for your pound. If you had hung on to the end of the decade you could have done even better. By late 1990 the pound was almost back to $2.00 again. These changes may not sound especially large, but they actually represent price fluctuations of as much as 100 per cent in little more than five years. You would be surprised to encounter many other products whose price doubled and halved with such regularity.

Exchange Rate Interest Rate Foreign Exchange Trade Flow Foreign Exchange Market
These keywords were added by machine and not by the authors. This process is experimental and the keywords may be updated as the learning algorithm improves.
This is a preview of subscription content, log in to check access.