The Legitimation of Power 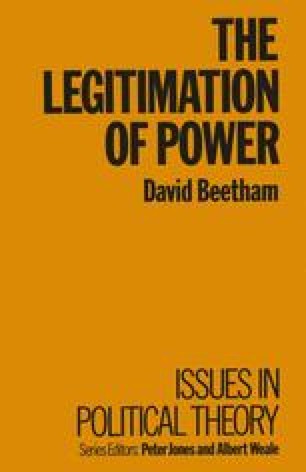 It remains in a brief concluding chapter to draw out the implications of my account of legitimacy for the relationship between political science and political philosophy. In the first chapter I referred to the extraordinary disjunction between the two within Anglo-American departments of politics in their respective treatments of legitimacy, and in the different types of literature that students are expected to read for each. Such a disjunction is symptomatic of a more general separation between the two, that has its intellectual rationale in the distinction between facts and values, and in the different purposes of explanatory and normative theorising respectively. It is a separation that has been progressively reinforced through the twentieth century by the demands of the academic division of labour.