The World of Economics 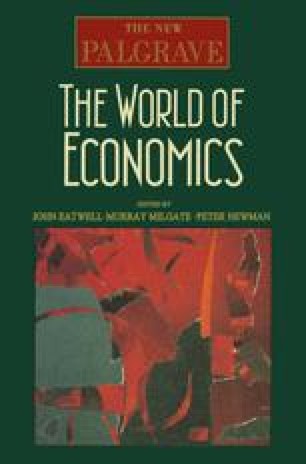 Chapter
Part of the The New Palgrave book series (NPA)

It is often said that Malthus was a better historian than prophet. He would be disappointed in that verdict because his intention in formulating his Theory of Population was to create a scientific basis for predicting the future state of mankind, in opposition to the speculations of utopian writers, especially Godwin. His failure to predict the Industrial Revolution is the evidence most often brought against him. But even with the benefit of hindsight, economic historians today still find it difficult to predict the Industrial Revolution from its antecedents. The crucial contribution of Malthus’s theory was not its pessimism about innovation but rather its prediction of the demographic consequences of technological change and the inevitable effect of population on the standard of living. Malthus’s Theory of Population continues to influence economic thought from popular discussion to policy-making, to model-building — long after many of its classical contemporaries, like the labour theory of value, have passed from the scene.

Industrial Revolution Population Pressure Fertility Transition Demographic Behaviour Labour Theory
These keywords were added by machine and not by the authors. This process is experimental and the keywords may be updated as the learning algorithm improves.
This is a preview of subscription content, log in to check access.