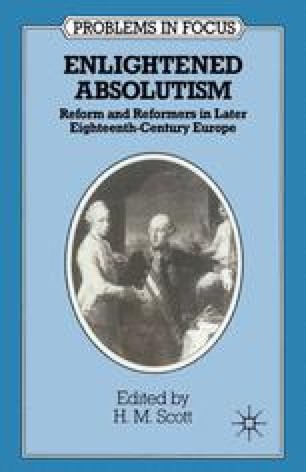 Historians in search of textbook specimens of enlightened absolutism have been accustomed to dwell on Joseph II’s reforming achievements during the 1780s. The Emperor has often appeared the very exemplar of a monarch inspired by the Enlightenment. His religious, educational and, above all, agrarian reforms were certainly noteworthy, and he even attempted to reform the institution of serfdom. Yet the opposition and, ultimately, rebellion which his policies aroused, and the withdrawal of many of the more controversial innovations in the final months of his life or immediately after his death in February 1790, have sometimes made Joseph II appear a paradigm for the failure and even irrelevance of enlightened absolutism.