Voodoo and Politics in Haiti 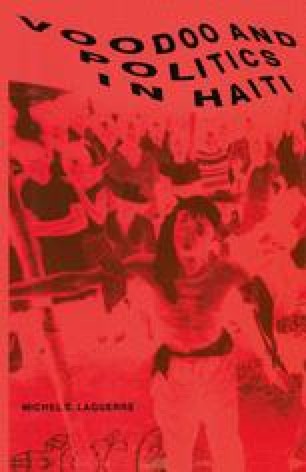 During the period of the French colonisation of Haiti, the two groups of people who did not live on the plantations were the absentee landlords and the maroons. The landlords lived in France and had managers who took care of their holdings in the colony. Maroons were runaway slaves who either established autonomous settlements or were able to ‘lose’ themselves in various ways among the free people in the colony; some of the former returned from time to time to raid neighbouring plantations.

Slave System Colonial Period Neighbouring Plantation Political Circumstance Colonial Administration
These keywords were added by machine and not by the authors. This process is experimental and the keywords may be updated as the learning algorithm improves.
This is a preview of subscription content, log in to check access.