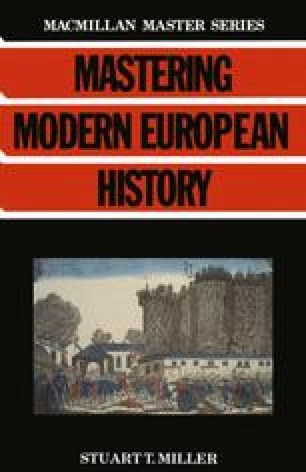 Louis Napoleon became the latest ‘strong man’ of France on 2 December 1851. His largely bloodless coup was ratified by 7,500,000 voters in a plebiscite three weeks later. His supporters included businessmen escaping from the spectre of the ‘urban red mob’, peasants expecting higher food prices, Roman Catholics looking to a new alliance of state and church, and many of the urban workers. He rode to power on a national mood rather than party support, and throughout his reign he had to rely on this general appeal: ‘When one bears our name and when one is the head of the government there are two things one must do; satisfy the interests of the most numerous classes and attach to oneself the upper classes’. Unlike the dictators of the twentieth century, he was always dependent on public opinion at a time when the facilities to ‘create’ it were not present.