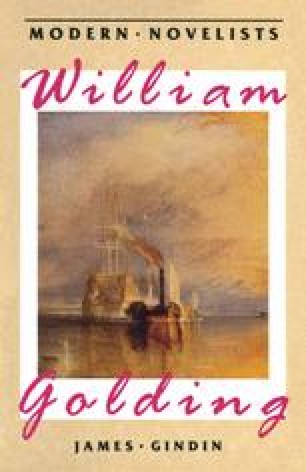 Although his statements are sometimes arch or cryptic, Golding's own essays and the interviews he has given are generally the best sources for the genesis and development of his ideas. In 1970, he acknowledged that he had, in his fiction, always been an ‘ideas man’ rather than a ‘character man’, although he hoped that he might some day combine the two. He saw the concentration on ‘ideas’, like that in Aldous Huxley's fiction, as a ‘basic defect’. Citing Angus Wilson's The Middle Age of Mrs. Eliot as an example of the opposite kind of fiction, he stated that he admired such fiction that could create ‘fully realized, rounded, whole, believable’ characters.9 In more recent accounts, as in a 1977 lecture on his first visit to Egypt in 1976, Golding has tended to see the concentration on ideas or things at the expense of character as an accusation, which may or may not be true, that others level at his work. In this particular instance, he resolved to include character sketches in his journal.

Burial Mound Egyptian Mummy Background Theme Recent Essay Opposite Kind
These keywords were added by machine and not by the authors. This process is experimental and the keywords may be updated as the learning algorithm improves.
This is a preview of subscription content, log in to check access.