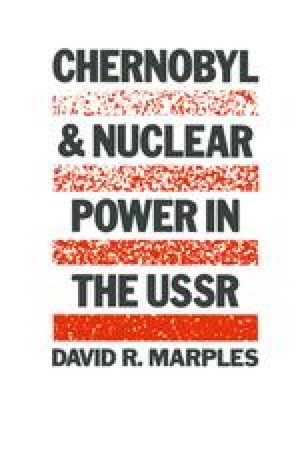 The profound psychological impact of the disaster upon the Soviet authorities manifested itself in various ways. Even while mobilizing every available force to assist in “eliminating the consequences of the accident,” and while following the official line that Chernobyl had revealed a glimpse of what life might be like for the world after a nuclear conflagration, some Soviet writers also offered frank and profound thoughts on the disaster. They revealed that in some quarters, there was a feeling of helplessness in the presence of unknown forces unleashed by the Chernobyl disaster. Cited here is one example from a political writer of the Soviet government daily, Izvestiia:

In the past when fate took an unexpected turn, our forefathers used to say: everything is at the mercy of God. Without involving ourselves again in the argument about God, let us set out the evident truth of our time that everything is now at the mercy of the atom. And that applies to all mankind and all life on earth, whether the atom is used for military or peaceful purposes. We have been reminded about that from time to time by accidents in the United States, Britain and other countries. Another tragic reminder was provided by the accident at the Chernobyl atomic energy station, which suddenly entered our life—and not ours alone—and world politics.

For almost two weeks Chernobyl has been featured in newspapers and on the Vremia TV programme.1

Nuclear Plant Danger Zone Accident Site Radioactive Particle Chernobyl Disaster
These keywords were added by machine and not by the authors. This process is experimental and the keywords may be updated as the learning algorithm improves.
This is a preview of subscription content, log in to check access.