Introduction to the Study of the Law of the Constitution 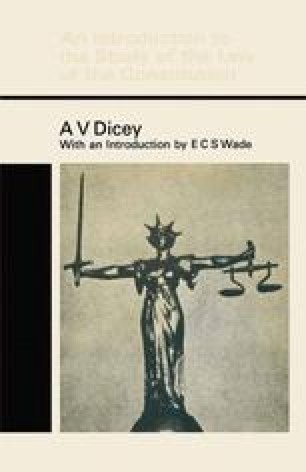 Relation Between Parliamentary Sovereignty and the Rule of Law

Discretionary Power Judicial Independence Sovereign Power Foreign Nation Chapter XIII
These keywords were added by machine and not by the authors. This process is experimental and the keywords may be updated as the learning algorithm improves.
This is a preview of subscription content, log in to check access.