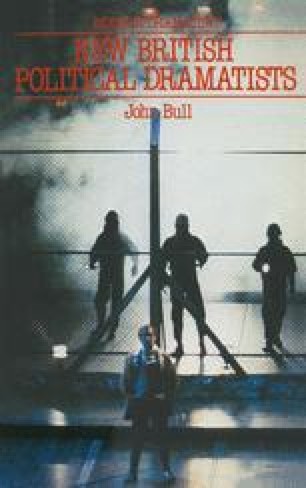 David Edgar: War on All Fronts

David Edgar’s words, quoted above, were spoken when he had three plays running simultaneously in London theatres. This success was not untimely, for, although he did not start writing until 1970, he was to prove the most prolific, and the most frequently produced, playwright of his generation. By the end of the decade some forty of his plays had been staged.

I do like agitprop, and I’m fond of my agitprop plays. I’m fond of that period. There may again be a period when agitprop will have more relevance than I believe it does now. But I don’t think I’ll ever go back to it, because the sort of subjects that I want to deal with now won’t take it.