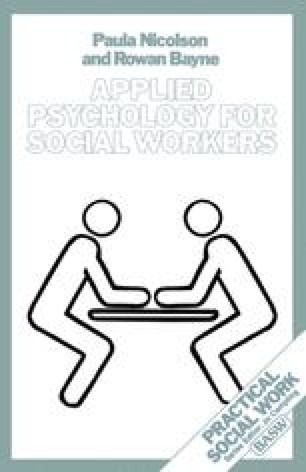 Postscript: The Future of Psychology and Social Work

A current debate among psychologists interested in the teaching and development of social work has raised the possibility of two conflicting strands of thought. First, as Nicolson (1981) and Sutton (1981) suggest, social work may be considered as a growing branch of ‘applied psychology’. This is based upon the assumption that the theoretical base of social work relies heavily upon psychological knowledge, and has adapted aspects of this knowledge primarily for its own specific purposes. Social workers have been able to pick out relevant theory from psychology, and develop it for the specific purposes of say, facilitating the therapeutic properties of social groups, or relating theories of moral development to working with adolescents.