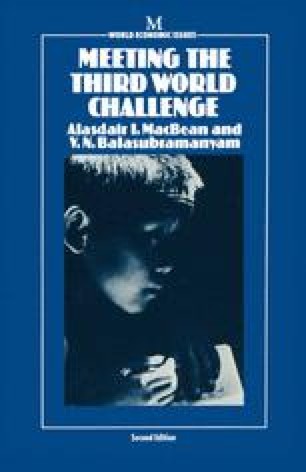 Source of the Challenge

The economic distance between nations can be measured in many ways. The most widely used and probably the most misleading of these measures is that of annual income or gross national product per head. On the one hand it exaggerates the gap between rich and poor nations, making one despair of ever seeing that gap close significantly, and on the other it diverts attention from the real and tragic differences between the lives of the poor and the rich. What meaning can be attached to the statement that the national income per capita in the United States is $5,000 while in India it is $100?1 Does it really mean that the average American citizen is fifty times better off than the average Indian? In one sense this is patently absurd. Merely to survive, to be able to buy enough basic food, clothing and shelter in the United States would cost over $1,000 while $100 would suffice for these in India, so that someone with $1,000 in America may be worse off than someone in India with $100. The fault lies in the fact that the international exchange rate between the Indian rupee and the American dollar does not reflect the domestic purchasing power of these currencies. In both of these nations foreign trade is a mere 5 per cent of total national product, yet only this tiny part affects directly the exchange rate.

Capita Income Real Wage Rich Country Green Revolution Advanced Country
These keywords were added by machine and not by the authors. This process is experimental and the keywords may be updated as the learning algorithm improves.
This is a preview of subscription content, log in to check access.