The Other Side of Growing Older 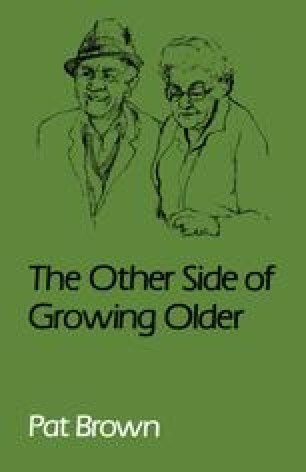 Mental Illness in the Elderly

The world of the mentally ill is one into which few of us venture. Most people know little of psychiatry other than the well known jokes: ‘A psychiatrist is a man who goes to the Folies Bergère and looks at the audience.’ ‘A neurotic is a man who builds castles in the air, psychotics live in them and psychiatrists collect the rent.’ This ignorance can make people fearful of the mentally ill and even the people who care for them. It is easy to develop irrational fears that the mentally ill will attack us or others, and that it will not be possible to control the situation. There are also fears associated with their less bizarre behaviour. For example, the mentally ill are untidy in that they do not stay in one place like the physically ill — they wander, they roam, they forget how important we and our treatments are. Above all, they are difficult to ‘cure’ and we do so like to tidy things up and see a finished product.