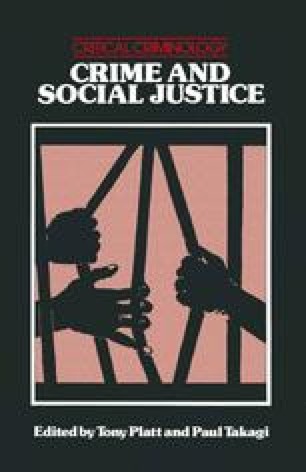 The Penal Question in Capital

In the last few years, dissatisfaction has been felt in the ranks of what could be called the ‘juridical left’. This has been due to the need to take a political position on situations of struggle or parliamentary confrontations, while moving from a solid theoretical base. This, in part, has been caused by insufficient elaboration of a Marxist vision of law and of the state, and in particular, of the penal question. There is a need for extensive research, with the principal objective of understanding the particular transitions that the social structure, and, therefore, the state structure, is going through in this moment. Although I do not believe that the exploration of Marxian thought can in any way take the place of such a historical and factual analysis, I do believe that there is a need to bring to light material found in Marx’s work that is often overlooked. But above all, what we can derive from Marx is a lesson on method. This lesson lets us develop a truly Marxist analysis of phenomena such as crime and punishment which is still in touch with our own reality.