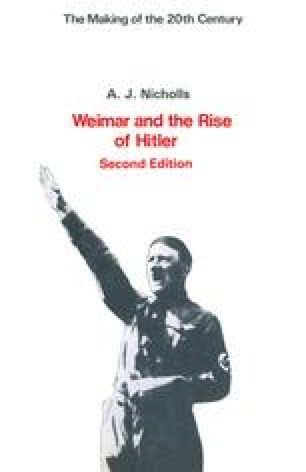 The End of the Republic

What of Hitler in the years of stability? He had experienced imprisonment and a return to political obscurity. But he had not been deflected from his purpose. His years in the wilderness had been well spent, building up the party machine which was to carry him to power.