The Rise of the International Organisation: A Short History 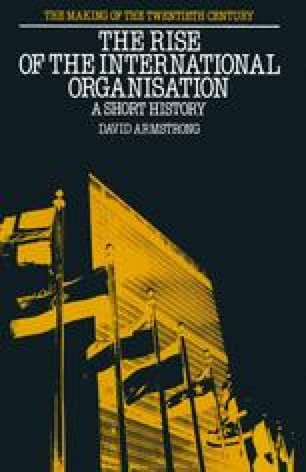 The Rise of the International Organisation: A Short History pp 75-97 | Cite as

By far the most ambitious experiment in international organisation was the creation of the European Economic Community (EEC) by the Treaty of Rome on 25 March 1957. The EEC was remarkable for many reasons — its proposed supranational character, for instance — but perhaps its unlikeliest feature was its membership, six states who had a centuries-long tradition of mutual hostility. At first the achievements of the Community amongst such former enemies gave rise to hopes that it might serve as a model for integration in other regions. But eventually it became clear that the EEC’s origins lay in a unique coincidence of circumstances which not only could not be repeated elsewhere but which, as their impact became diluted by time, were insufficient to sustain the urgency of the momentum towards union in Europe itself.