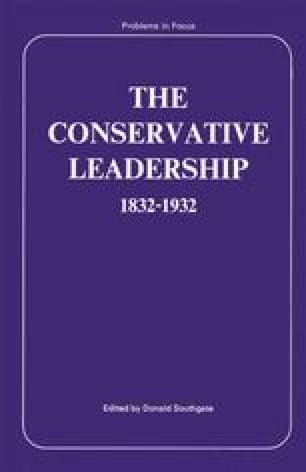 Since Winston Churchill was in 1924 the beneficiary, and from 1931 the victim, of Stanley Baldwin’s political skill, it would be surprising if he did not rate him high as a politician, though, because of the events of 1933–7, low as a statesman. The present study extends to 1932 only, and any deficiencies in the Conservative attitude to defence up to that time must be attributed mainly to Churchill’s desire, as Chancellor 1924–9, to combine retrenchment with social reform. Baldwin, speaking in the debate on Churchill’s first Budget in 1925, rubbed the point in — he said that Churchill had shown himself a true son of his father, ‘a staunch Conservative economist and sound financier’. That a man so comparatively mediocre should be in a position to patronise Churchill (while Lloyd George languished in the wilderness for a variety of reasons, not least of which was Baldwin’s denunciation of him) tells us a good deal about the inter-war period, or, at least, about the period 1923–37, when circumstances were such that either Baldwin or the Labour party leader Ramsay MacDonald must be Prime Minister. By the end of 1931 they were working in tandem. Churchill writes, in retrospect, that ‘nominally the representatives of opposing parties, of contrary doctrines, of antagonistic interests, they proved in fact to be more nearly akin in outlook, temperament, and method than any other two men who had been Prime Ministers. … Stanley Baldwin, apart from a manufacturer’s ingrained approval of Protection, was by disposition a truer representative of mild Socialism than many to be found in the Labour ranks.’