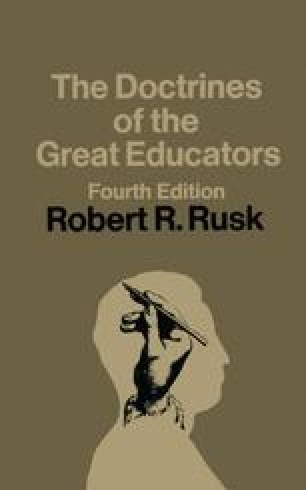 The Doctrines of the Great Educators pp 52-64 | Cite as

From the composition of Quintilian’s Institutes in A.D. 92–95 to the rediscovery of the complete text in 1416 during the later phase of the renaissance it was the Church that kept learning alive. There was a minor renaissance in the twelfth century, and thereafter the universities — the offspring of the Church — assumed the main burden of preserving and advancing culture. The renaissance itself was a gradual movement, not a sudden rebirth, as the traditional view assumed.2 Originating in Northern Italy it was assimilated, as it advanced northwards, to the climate — physical, cultural, social and political — of the countries affected by it. While in Italy it took a literary and aesthetic turn; in Northern Europe it was ethical and religious; in England it was partly political, but mainly educational, as we find in More’s Utopia, Elyot’s Governour and Ascham’s The Scholemaster.