How to Study Television 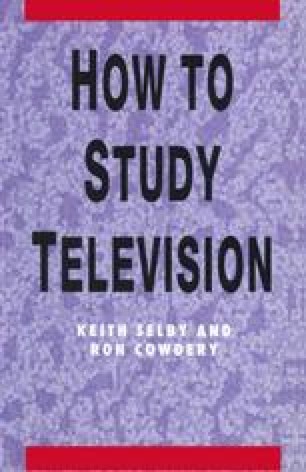 How to Study Television pp 1-9 | Cite as

Chapter
Part of the How to Study Literature book series

To many people, television is just flickering wallpaper, moving pictures in the corner of the room. As a medium, television is notoriously easy to watch without, apparently, requiring a great deal of effort from the viewer. While it is easy to watch television, however, it is hard to write analytically about it. If you are studying communications, media studies, social studies, humanities or English, you will probably need either to write about a television programme, or to prepare and present a project about television at some point in the course of your studies. Most students find this very difficult. Precisely because television is so easy to watch it seems to resist our efforts to analyse it critically.