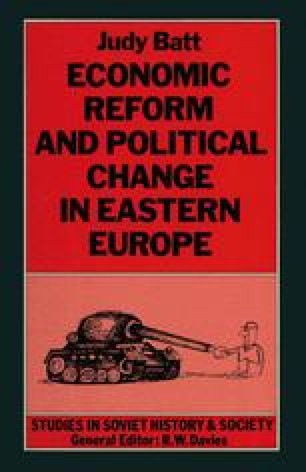 The central assumption upon which the theory of socialism is founded is that there exists a ‘social interest’, and the central aim of socialism is the realisation of the ‘social interest’ through the organisation of the economy. The idea of a ‘social interest’ or ‘common good’ is not unique to socialism of course. It appears in classical political philosophy, Christian theology, and also in the rational liberalism of the Enlightenment. The socialist concept of the ‘social interest’ derives most directly from the last-mentioned tradition of thought, taking over key elements of Enlightenment philosophy and recombining them into a distinctive new synthesis.1 The ‘social interest’ in socialist theory involves both rationalism and egalitarianism. Socialism in practice is to realise ‘true’ freedom and democracy by abolishing the material inequalities between men which arise from the private ownership of the means of production, and to use the economic resources of society rationally to meet ‘social need’, not individually appropriated profit, through ‘conscious, planned control’ of the economy. A classical statement of the aims, formulated by Marx, puts it thus:

The national centralisation of the means of production will become the natural base for a society which will consist of an association of free and equal producers acting consciously according to a general and rational plan.2

Economic Reform Private Ownership Social Interest Christian Theology Socialist Concept
These keywords were added by machine and not by the authors. This process is experimental and the keywords may be updated as the learning algorithm improves.
This is a preview of subscription content, log in to check access.