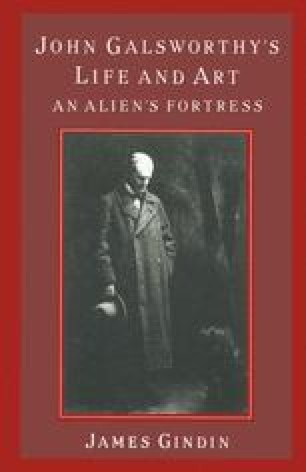 “You Are Just the Person to Write, Why Don’t You?”

When Ada and John Galsworthy married, at the fashionable St George’s, Hanover Square, on 23 September 1905, she signed her name as Ada Nemesis Pearson Cooper Galsworthy, the daughter of Emanuel Cooper. John’s two sisters were the witnesses signing the marriage certificate.1 Marrot’s biography also claims that she was “the daughter of Emanuel Cooper, MD, of Norwich”,2 although it says not another word about her or her background before her first marriage to Arthur Galsworthy on 30 April 1891. Later documents, like a 1936 passport3 and a French identity card from the First World War,4 consistently give her date of birth as 21 November 1866, the date that is also used in the elaborate family tree that Galsworthy began and Rudolf Sauter completed. Yet, as Catherine Dupré has demonstrated, in her 1976 biography, Ada was probably not Dr Cooper’s daughter and was probably born, illegitimately, on 21 November 1864.5 A prominent obstetrician in Norwich during the 1860s and 1870s, Dr Cooper was fond of making elaborate wills. He first mentions Ada in a will dated 24 August 1866, describing her as less than two years’ old and living with her brother, Arthur Charles, two years older than she, and her mother at 36 Victoria Street in Norwich, a house Dr Cooper owned but did not live in.

Love Affair Creative Energy Military Career August 1866 Marriage Certificate
These keywords were added by machine and not by the authors. This process is experimental and the keywords may be updated as the learning algorithm improves.
This is a preview of subscription content, log in to check access.