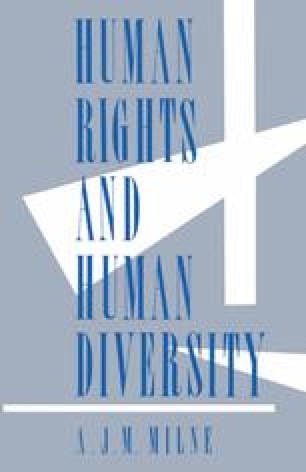 Morality and the ‘Categorical Imperative’

5.1.1 As we have seen (see 2.1.2), according to Kant obligations are categorical imperatives: that is, imperatives from which people cannot release themselves except by complying with them. Particular obligations, however, are particular cases of a universal obligation which Kant calls the ‘Categorical Imperative’. It is universal in the straightforward sense of applying to all human beings always and everywhere. He sums it up in the formula, ‘Act always according to maxims which at the same time can be adopted as universal laws’1 The ‘can’ in this formula is a logical ‘can’. A maxim can be adopted as a universal law only if it is logically possible for everyone always to obey it and logically impossible for everyone always to disobey it. This is the criterion of ‘universalisability’. If a maxim can be universalised, there is an obligation always to obey it. If it cannot, if it is logically impossible for everyone always to obey it, there is an obligation to refrain from acting according to it. This negative side of the Categorical Imperative may be rendered as, ‘What cannot at all times be done by everyone, ought never at any time to be done by anyone.’ There are, however, maxims to which universalisability is logically inapplicable. Consider, ‘Always take a cold bath first thing in the morning’, and its logical contrary, ‘Never take a cold bath first thing in the morning.’ It is logically possible for either the maxim or its logical contrary, but not both, always to be obeyed. Because this is so, there cannot be an obligation to obey either of them. With respect to each, there can only be a hypothetical imperative. For Kant, that is to say, imperatives are hypothetical when universalisability is logically inapplicable to them.

Moral Obligation Autonomous Agent Negative Side Free Rider Logical Contrary
These keywords were added by machine and not by the authors. This process is experimental and the keywords may be updated as the learning algorithm improves.
This is a preview of subscription content, log in to check access.