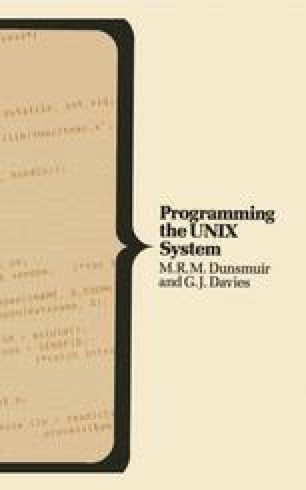 No one can write perfect programs first time and, on a system such as UNIX, the programmer need not find the faults and inefficiencies unaided. UNIX provides a large number of tools to aid the programmer. In this chapter we shall consider two of the most important tools: lint and adb plus the powerful technique, known as profiling. These are aids are for use once the program has been written and compiled without error and are designed to help the programmer get programs working, make them reliable, efficient and portable. Lint will find non-portable or unreliable code which is not syntactically incorrect. Adb is a debugging tool that can be used to find out why a program crashed, or trace a program&;#x2019;s execution. Profiling is a facility which shows the areas of a program that consume most of the execution time.