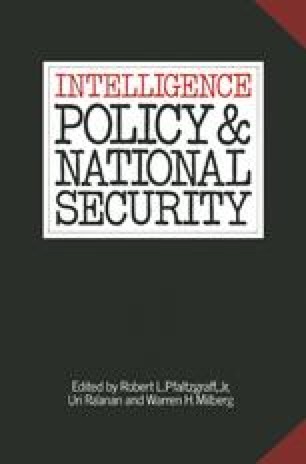 Massive Soviet research and development strategy over the past ten years is now paying off for the Soviet Union in the capability of both strategic and tactical weapons systems. The Central Intelligence Agency (CIA) estimates that the Soviet Union is outspending the United States in the defence area by 25 per cent to 45 per cent, and that portion of the USSR’s defence budget dedicated to research, development and acquisition is about 75 per cent greater, according to Dr William Perry, Under-Secretary of Defence for Research and Engineering.1 The actual military hardware being built in Russia and deployed over the past five years supports these estimates: 50 submarines to twelve for the United States; over 1000 new, modern intercontinental ballistic missiles to 280 for the United States; and over 10, 000 tanks to 3600 for the United States.2

Particle Beam Central Intelligence Agency Ballistic Missile High Energy Laser Solid Rocket Motor
These keywords were added by machine and not by the authors. This process is experimental and the keywords may be updated as the learning algorithm improves.
This is a preview of subscription content, log in to check access.