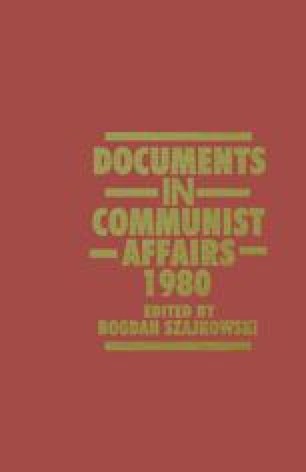 The Arab World and Iran

The Communist Party of Iran known as the Tudeh Party (Party of the Masses) was formed in 1941 by a group of German-educated Marxist intellectuals. During the 1941–53 period of relative political freedom in Iran it became the largest party in the country. By 1946, it had opened branches in every town with a population over 10,000. Its affiliated labour organisations, presided over by the Central Council of United Trade Unions, enrolled approximately 400,000 members and counted 75 per cent of the industrial labour force within their membership. In August 1946, the Iranian Government was directed by a coalition cabinet that included three Tudeh ministers. The Party was banned in 1949 and after the coup d’état and the return of the Shah to power in late 1953 was effectively suppressed. Reactivated after the February 1979 revolution, it carried on its activities openly without the ban being officially lifted.

Middle East Communist Party Internal Affair ARAB World Territorial Integrity
These keywords were added by machine and not by the authors. This process is experimental and the keywords may be updated as the learning algorithm improves.
This is a preview of subscription content, log in to check access.