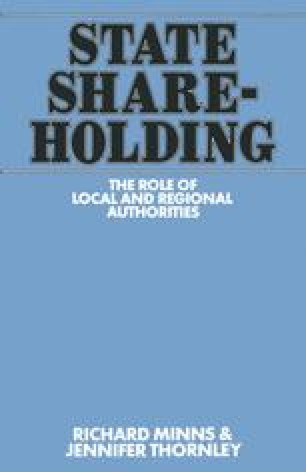 Intervention and the Crisis

This chapter will examine the crisis of the British economy since the mid-1960s. It will concentrate on three elements of the crisis which have influenced the emergence of local and regional shareholding: firstly, the restructuring of British industry, and the role the state has played in this; secondly, the ‘property boom’, and the role the state has played in this, too; and thirdly, the pressures by central government to reduce state expenditure. We will then go on to look at the spatial implications of these elements of the crisis; in other words, we will look at how far they have affected different parts of the country differentially.

Local Authority Small Firm Small Company Capital Expenditure State Expenditure
These keywords were added by machine and not by the authors. This process is experimental and the keywords may be updated as the learning algorithm improves.
This is a preview of subscription content, log in to check access.