Chronicles of the Raj 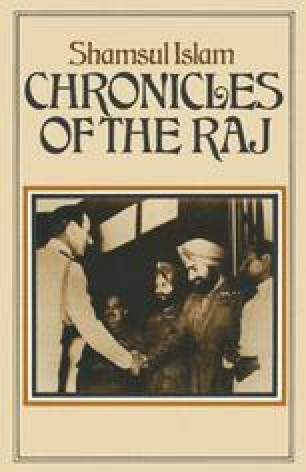 We are all familiar with Forster’s creed — liberal humanism and belief in personal relationships and the private life.1 Forster’s non-fiction leaves no doubt as to the centrality of political beliefs in his moral framework, and the novels reflect his deepest and most generalised thoughts on the subject. And so naturally literary historians (who are fond of neat classifications) tend to see him as an antithesis of all that Kipling and his school is supposed to have stood for, namely, jingo imperialism, white man’s burden, and other reactionary myths perpetuating Western domination of the Third World.2 While there is some truth in these generalisations, I believe that the relationship between Forster and Kipling is not one of simple inversion and that Kipling has been too harshly judged by his critics. One is often struck by similarities rather than contrasts between these two writers whose imaginations were stirred by the same source — India.3 I will come to this theme in a later section, and all that I want to suggest here is that despite Forster’s liberal and anti-imperial stance, one cannot understand his complex relationship to India and the imperial idea through linear formulae.

Civil Station Metaphysical Reality Real Seat Sound Symbol Social Intercourse
These keywords were added by machine and not by the authors. This process is experimental and the keywords may be updated as the learning algorithm improves.
This is a preview of subscription content, log in to check access.