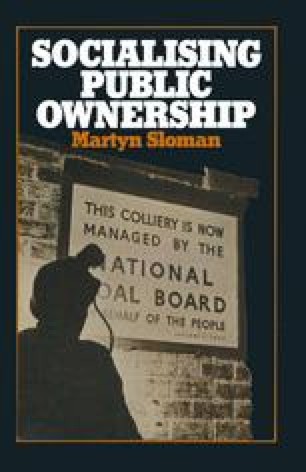 The Labour Party and Clause IV

There are only two statements of aims in the Labour Party’s Constitution. One is an open-ended promise ‘generally to promote the political, social and economic emancipation of the people, and more particularly of those who depend directly upon their own exertions by hand or by brain for the means of life’. The second is the sentence, popularly known as Clause IV, which commits the Party to common ownership. The adoption of Clause IV marked the acceptance of socialism by the Party. To many of its supporters and opponents since then the Labour Party’s concept of socialism has virtually been synonymous with public ownership.

Labour Movement Public Enterprise Labour Party Public Control Labour Representation
These keywords were added by machine and not by the authors. This process is experimental and the keywords may be updated as the learning algorithm improves.

Forty years ago, in his book The Labour Party in Perspective, Clem Attlee wrote these words, which speak to us as clearly as on the day he wrote them. This is what he said: ‘The dominant issue of the twentieth century is socialism. Socialism is not the invention of an individual. It is essentially the outcome of economic and social conditions. The evils that capitalism brings differ in intensity in different countries, but the root cause of the trouble once discerned, the remedy is seen to be the same by thoughtful men and women. The cause is the private ownership of the means of life; the remedy is public ownership.’ We have not heard that sort of language for well over a generation. [Tony Benn, Labour Party Annual Conference, 1975]