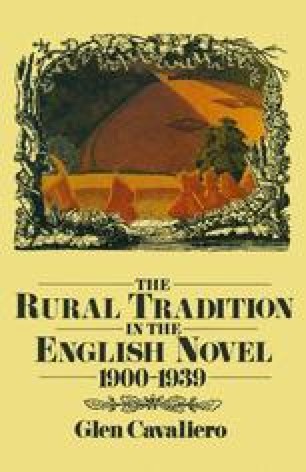 The popularity of the early twentieth-century regional novelists was not a new phenomenon. The description or evocation of particular localities had developed from the essentially pictorial art of Mrs Radcliffe — in whose novels the scenery gives rise to emotions which expand and elevate the sensibility of the beholder — into the more dramatic and historical function that the scenery performs in the novels of Sir Walter Scott. The opening up of the Highlands as a tourist attraction owes much to the popularity of the Waverley novels: not for nothing does the Scott Monument dominate Princes Street in Edinburgh. Scotts great achievement was to endow the purely pictorial appreciation of landscape with an added dimension, the dimension of human association, the suggestiveness of historical context. The Highlands and Islands, and the less spectacular Border Country, became in the public mind not merely hills and valleys to be travelled through and looked at, but the scene of romantic or significant events from which henceforth they took their distinctive colouring. Another landscape was being superimposed upon the actual physical one, a mental landscape, a symbolic one. Literary Britain was being born: a whole pattern of sensibility and a number of industries grew up simultaneously.

Literary Regionalism Literary Proficiency Mental Landscape Christian Conviction Imaginative Force
These keywords were added by machine and not by the authors. This process is experimental and the keywords may be updated as the learning algorithm improves.
This is a preview of subscription content, log in to check access.