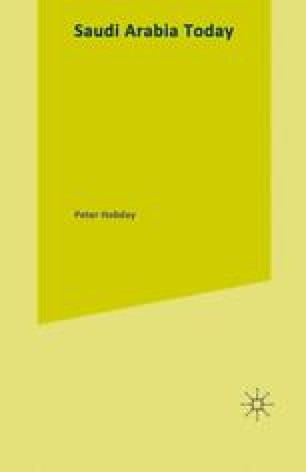 On Wednesday March 25, 1975, King Feisal held a majlis. It was the Prophet Mohammed’s birthday and the king, a devout Muslim, was greeting wellwishers at his palace in Riyadh. Among them was Prince Feisal bin Musaid who, as he approached the king, his uncle, pulled a gun from under his robes and fired several shots. Feisal was mortally wounded. The king was buried within 48 hours in an unmarked grave, as is the custom, and Crown Prince Khaled took his place on the throne. Another brother, Fahd, was named Crown Prince. Some months later, Feisal bin Musaid was led out into the bright sunlight after Friday prayers in the great mosque in Riyadh, dressed all in white. There, before the crowd, he bowed his head and with one sweep the executioner took it from his shoulders with a golden sword.

Saudi Arabia Royal Family Defence Minister Bright Sunlight Deputy Prime Minister
These keywords were added by machine and not by the authors. This process is experimental and the keywords may be updated as the learning algorithm improves.
This is a preview of subscription content, log in to check access.