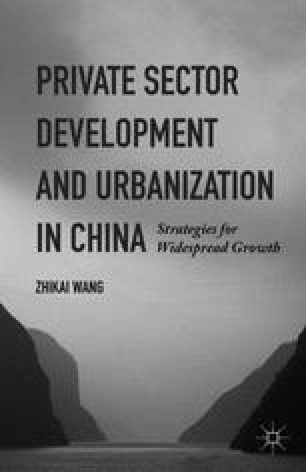 The Imbalance in Regional Economic Development in China and Its Reasons

Over the past 30 years, the per capita income in China has increased by nearly ten-fold. Still, the one fact that cannot be disputed is that economic development disparity in China has been growing through the period of reform and opening up. The data show that the disparity among the eastern, central, and western zones in China is very prominent. And the relative convergence in the internal development in each zone exacerbates the disparity among the eastern, central, and western zones. Even in the eastern coastal area, the development disparities and income disparities in some places are very obvious; these disparities have been mitigated more or less sometimes in some places, but repeatedly started to rise in some other places. In particular, some areas have rapid urbanization of land, but without correspondingly following up of private non-agricultural industries agglomeration. As a result, the population concentration and population urbanization is lagging far behind the land urbanization. And this further widens the urban-rural disparity and income disparity, which results in the imbalance in regional economic development and prominent urban-rural imbalance in economic development. Welfare improvements and economic development are two methods that can always be used to resolve problems of regional disparity and income disparity. For China, the central government should take more social welfare obligations and the local governments should focus more on promoting economic development.

Income Inequality Regional Disparity Economic Agglomeration Regional Economic Development Income Disparity
These keywords were added by machine and not by the authors. This process is experimental and the keywords may be updated as the learning algorithm improves.
This is a preview of subscription content, log in to check access.