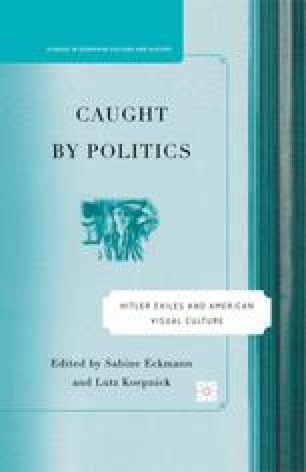 Permanent Vacation: Home and Homelessness in the Life and Work of Edgar G. Ulmer

In her preface to the catalogue published in conjunction with the Edgar G. Ulmer retrospective, held at the 1997 Edinburgh Film Festival, curator Lizzie Francke observes how the Austrian-born director and so-called wandering emigre once tellingly remarked, “there are no nationalities, the only home you have is the motion picture set.”1 For Ulmer, who was born in 1904 in Olmiitz, in the provinces of the Austro-Hungarian Empire, a multinational amalgamation that no longer existed by the time he was in his teens, the question of home and nationality remained an elusive one throughout his adult life. He personally experienced the mass migrations prompted by two World Wars—the first landing him in foster care in Uppsala, Sweden, after his father’s death in Austrian uniform in 1916, and the second sealing his fate to remain, at least temporarily, among the many refugees from Hitler’s Europe who decamped from Berlin and Vienna for Southern California in the 1930s and 1940s—and in his some thirty-five year career as a director, he returned to the basic theme of displacement with near obsessive frequency. The lack of permanence or firm footing that might link his subjects to a stable location—a city, a community, a nation— is something Ulmer explores in his best-known work, including The Black Cat (1934), Detour (1945), and Ruthless (1948), as well as in his lesser- known films: in his ethnic pictures directed in and around New York City during the mid- to late 1930s; in his eleven-film cycle of B-movies shot at Producers Releasing Corporation (PRC), the poverty row studio where, from 1942 to 1946, Ulmer earned a reputation as one of the pioneers of low-budget independent filmmaking; and in his later films, many of which were shot in Europe in the 1950s and 1960s and all of which were made outside the industry norms and standards of Hollywood.

Dwelling, in the proper sense, is now impossible. The traditional residences we grew up in have grown intolerable; each trait of comfort in them is paid for with a betrayal of knowledge, each vestige of shelter with the musty pact of family interests.

All I need is a brief glimpse, an opening in the midst of an incongruous landscape, a glint of lights in the fog, the dialogue of two passersby meeting in a crowd, and I think that, setting out from there, I will put together, piece by piece, the perfect city, made of fragments mixed with the rest, of instants separated by intervals… discontinuous in space and time, now scattered, now more condensed.