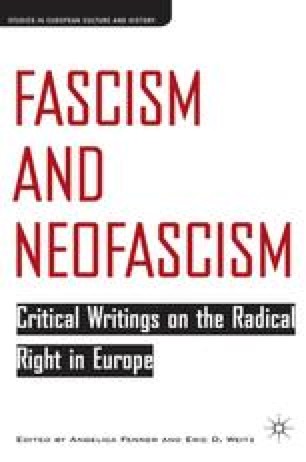 Football, Hooligans, and War in Ex-Yugoslavia

The story of the collapse of Yugoslavia, in a frenzy of hatred and war, in honor of the gods of ethnic nationalism and premodern militarism, may also be described as the story of the evolution of violence in Yugoslav sport, especially among football hooligans, and of the gradual transference of that violence, at the end of the 1980s and the beginning of the 1990s, into the domain of interethnic conflicts and “greater-nation” politics, and thence onto the battlefield. It is a story of the ostensible opposition of sports reporters to overt nationalism among supporters, of the consecration of the Red Star football club in the role of one of the most important symbols of “serfdom,” of the “spontaneous” organization of the supporters of that club into a group under the name of the Warriors and, subsequently, of their transformation into volunteer soldiers and their being sent to war. It is an, as yet, unfinished story, but one of its possible ends may be glimpsed: the victory of the hooligan tribes and the founding of a new, vandal-warrior tribalism.